Honey Hahs describe the meaning behind the song; “Forever was written about our Dad who was worried about the world coming to an end. He started buying loads of food in case you couldn't buy it in the shops anymore. He bought sacks of oats, rice and raisins. It kind of back fired cos we couldn't eat it fast enough and it went off and we got loads of mice. Mum got cross, but at least we ended up with 2 kittens to get rid of the mice.”

Honey Hahs are three sisters from Honor Oak Park in South London, their average age is only 11 and a ½ years old. Their songs reflect a disarmingly frank child’s-eye view of the world.  Honey Hahs have been championed by, and played shows with Goat Girl, Fat White Family, Insecure Men, Shame, Micachu and The Moonlandingz amongst others. Rowan plays guitar and piano, Robin plays bass and Sylvie plays drums, and they all sing and harmonise. They will release their debut album for Rough Trade Records next year.

“Don't get too hung up on how old the people who made this record are: these songs speak to a spirit that is inside all of us - it's just that it sometimes gets buried by age.  It's nice to be reminded of this time-honoured truth: the Youth will save us!” - Jarvis Cocker about their music.

Spanish megabrand Zara revealed Sylvie from Honey Hahs as the face of their new campaign about sustainability and environmental protection. In a video which has had 250,000 views and counting on their Instagram and features an original song by the band. Watch the video HERE, view the full editorial HERE! 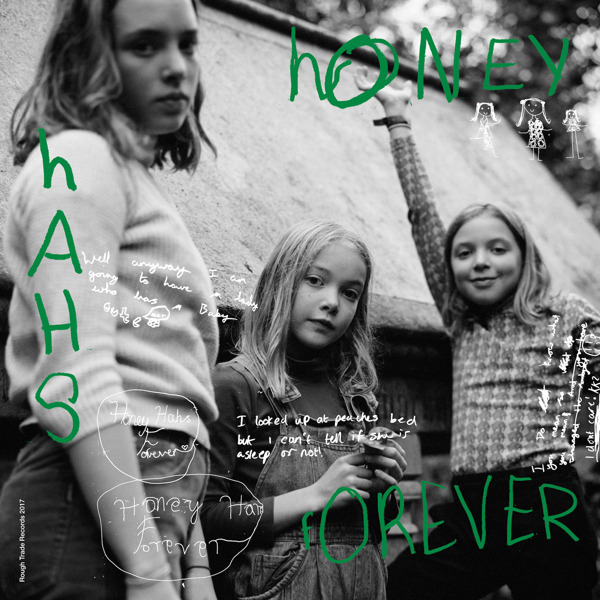