Smerz girls just launched their rockets; ahead of the release, they played sold out shows in Denmark and they were on the cover of Danish Politken newspaper’s cultural supplement. Furthermore they started their monthly NTS residency radio show.

The duo used their first hour-long NTS mix to play everything from minimalist R&B to deconstructed club music and full on techno floor-fillers, introducing listeners to their eclectic palate and wide range of influences. It’s a display they are bringing to various European cities this winter with their series of ‘Half life’ parties, which started in Copenhagen with a sold out show and after-party on Saturday.

Shit and Shine - The Crocodile

The third track "Half Life" will be premiered on their next NTS show on Thursday 19th October with release the following day Friday October 20th.

"Have fun" EP release date will be December 1 (digital) and for the US a December 8 physical release. 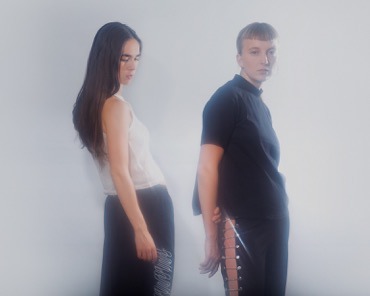