Listen to the album now »

Ahead of the album release, three magic videos were published:

When Mackenzie Scott started writing the third TORRES record, Three Futures, she became intrigued by the idea that music could be enjoyed and experienced by all five senses. This concept wasn't a new fascination, though; after all, the Brooklyn-via-Nashville musician is already known for lighting fragrant Palo Santo on stage before her concerts.

"The body is something to be celebrated; it doesn't just occupy space. And the record celebrates the space that you've been given."

"Three Futures" exudes this idea via immersive music. Unlike 2015's "Sprinter", a stark record whose ominous electronic elements largely lurked in the shadows behind deliberate guitars and languid arrangements, "Three Futures" places mechanized grooves at the forefront. In a nod to the multitude of pleasures hinted at by the record's theme, Scott's sonic inspirations are diverse and enveloping: perforated electro-pop static, gothic industrial's harsh textures and insistent Krautrock.

"I love a record that unfolds over time, and blooms in ways that someone couldn't have imagined on the first, second or even tenth listen. That's what makes a classic album—and that's what I was after."

Some press for TORRES and "Three Futures":

“A stunning and important album.” Q

“Courageously candid in her songwriting and some inspired hybrid of PJ Harvey and Kurt Cobain onstage, she’s proved far too compelling for us not to look anxiously ahead to September’s Three Futures.” Consequence of Sound’s Most Anticipated Albums of Fall 2017

"She is singing intensely personal, even florid, lyrics to an unnamed loved one: “We lined the Hudson with our tangents/ You trusted me to love your parents.” The effect is a bit mannered, like we’ve walked in on Scott mid-transformation, but her voice cuts through the murk like an approaching stranger, locking eyes.” Pitchfork

“Rendered with the repressed, vibrant sadness of a Todd Haynes melodrama.” The FADER

1. Tongue Slap Your Brains Out

6. Helen in the Woods

TORRES (guitar, vocals) and band -- Erin Manning (keyboards, vocals), Cameron Kapoor (guitar) and Dominic Cipolla (drums) -- will tour the UK and Europe this Autumn, supported by The Dove & The Wolf. 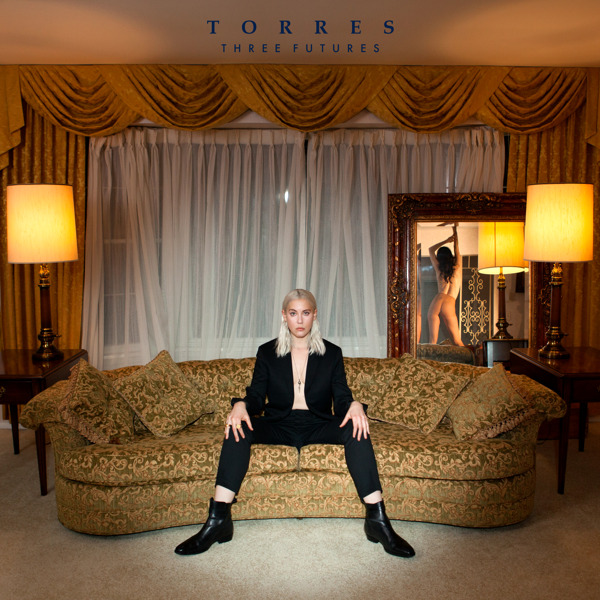