Watch "We See You – Berlin" HERE

Of the collaboration, Sylvie Weber says: “My process as a filmmaker speaks to a consistent desire within me to unveil the character within, I keep an aesthetic and cinematic visual in mind when on set, cautiously leading the protagonists while allowing them to slowly become more themselves on screen.

In the case of "We See You", coming across truly engaged and earnest individuals was not difficult, the vulnerability that The xx expose in their music is the basis for their incredibly close connection to the fans themselves. I think we've managed to represent in these four stories the feeling of the many millions who are so profoundly affected by the harmonies of Romy, Oliver and Jamie.”

While The xx add: “A huge thank you to Sylvie Weber for capturing some truly intimate moments from our show in Berlin earlier in the year. We’re genuinely moved by the incredibly beautiful portraits of our fans. We see you Berlin. We love you xx The xx.” 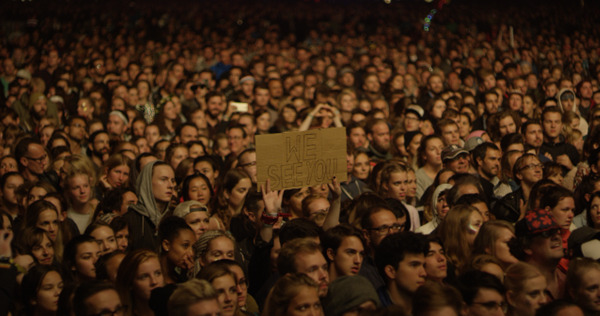